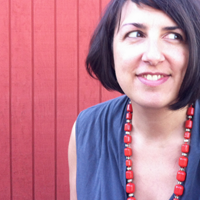 As the Co-founder and CEO, Lara Feltin spent 10 years building Biznik into an award-winning social media company connecting over 115,000 forward-thinking business people worldwide. During that time she cultivated an expertise both in social software design, development and iteration, as well as in online community development and engagement. Her experience provides her with a unique perspective on the changing habits and expectations of members of an online community.

Lara was named one of Seattle’s “Top 25 Most Innovative Entrepreneurs” by Seattle Business Monthly, and included in Seattle Magazine’s 2008 Power Players list of “Most Influential People.” In 2009 she was named among Seattle’s Top 100 Women in Technology by Techflash.